The first meeting is always for FREE and non-binding. We make the first assessment for you. 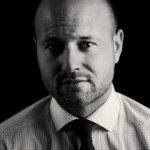 ,, My sweet, always happy Milan is dead. We miss Milan’s delicious smile every day now. ” The tension rages through the courtroom when the mother of the 8-year-old road victim is declared victim. His brother Sven, two years older, suffered a brain injury in the accident. Mother in court: ,, It is his dream to become a professional footballer. It is my deepest wish that he does not give up on that dream. ”

Zes jaar cel en vijf jaar niet autorijden, the Prosecution demanded this yesterday against 56-year-old Nieuwegeiner B. who caused the fatal collision in Nieuwegein in March. Justice suspects him of reckless driving.

In the accident at the intersection of Graaf Florisweg and ‘s-Gravenhoutseweg in Nieuwegein on March 10 8-year-old Milan died from Houten. His two-year-old brother suffered a skull base fracture, fought days for his life and may continue to suffer from the accident.

Investigations revealed that the suspect was under the influence of alcohol and antidepressants arrived at the intersection at a speed of 127 kilometers per hour. His accelerator pedal was 98 percent depressed. He drove through a traffic light that had been red for seven seconds and crashed on top of the car of a family from Houten. The figures derived the police not only from tracks around the road and data from measuring loops in the road surface, but also from B’s car itself. He drove a fairly new car in which a registered speed, braking performance, but also accelerator pedal depressions were recorded in a black box.

B. explained that in the week after that Sunday, he would hear if he would lose his job. He often went for a drive to relax. In addition, he took a bottle of vodka that he partly consumed along the way. After the accident, the police determined an alcohol content of nearly twice the limit at B. The chairman of the court tried not only to clarify from B. what motivated him to drive with alcohol, but also why he pressed the accelerator so close to home: 127 where 70 is allowed. According to B., he did feel the alcohol and therefore wanted to be home as soon as possible.

Police officers who happened to be around at the time of the accident heard the blow. They were the first to the accident and saw the havoc. The reports also show their upheaval when they find the two unconscious boys in the back of the car. The suspect hears the story that the president of the court tells him in agreement nodding. “I feel like a child murderer, a monster.”

The mother of the two boys tells in court how intense it was for her to see her sons lying in the grass after the accident. And the day after, in which they lose Milan and Sven fights for his life. The boys’ father, grandfather and grandmother also have their say. Grandma shows the suspect a photo of her grandson: “Would you mind taking a look?” She bites at B. when she avoids her gaze. “We have a life sentence!” The boys’ grandfather asks the suspect not to appeal if the punishment turns out to be higher than expected. “You say you are sorry and want to cooperate. Give the victims rest! ”

B.’s counsel Christian van Dijk does not dispute the state of affairs. However, he disputes the reckless behavior. “This is popularly called that, but legally it is a different story. It is true that he drove “dangerous”, but that does not make it reckless. ” Van Dijk advocated a prison sentence for the duration of the pretrial detention with community service and a four-year driving ban.

In his last word, the suspect said again that he is sorry: ,, Every day, every moment I think about the family. I would like to turn back time to March 10. That I had kept up to speed, that it had been a normal Sunday, that the four of them had sat at the table every Sunday. It breaks my heart that that is no longer possible and that it is my fault. No punishment can bring Milan back. No punishment can take away the lifelong pain. Punishment is exactly what I deserve. ”

The judge will pronounce on June 26.

Curious what we can do for you?

Curious what we can do for you?

Van Dijk is an independent working law firm. Our firm is centrally situated in Utrecht, near the soccer stadium and the Diakonessenhuis hospital, so very easy to reach. We specialize in criminal law, asylum law, immigration law, administrative law (benefits) and psychiatric patient law. We therefore advise and litigate in a wide area.

Made by Sommet Media

Made by Sommet Media